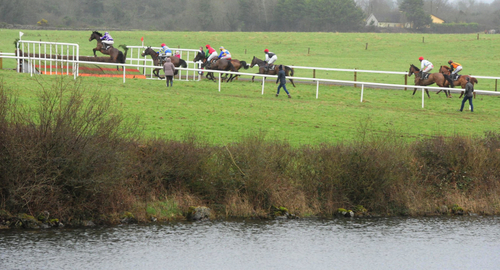 The Stonehall Harriers were formed in 1911 and have their kennels in Bansha Askeaton, Co. Limerick.
Point-to-points have been a large part of the hunts calendar for many years.

Many talented riders and horses have graduated from the Stonehall Harriers point-to-points Adrian Maguire rode his first winner on this track which we hope to see this continuing in the years to come.

This will be our second year in Cragmore on the Costello’s Family land and is a terrific track which is always very well received.

Grade 1 winner Death Duty won his four-year-old maiden here in 2015 and provided Derek O’Connor with his 1000th winner between the flags, making him the first point-to-point rider to ever achieve this remarkable milestone.