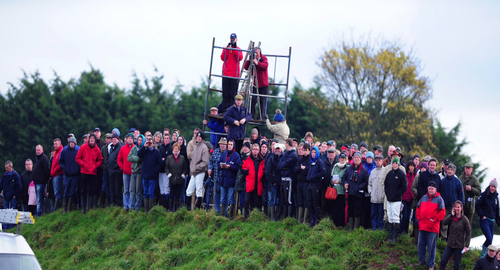 The Mid-Antrim Hunt was formally set up in the 1870’s as a harrier pack, although it was in existence for at least a hundred years before that. It was believed to have had its first official meeting in The Thatch Pub in Broughshane in 1875.

On this occasion the Mid Antrim point-to-point Course is at Loughanmore, Dunadry near Templepatrick.

Our landowner, Wilson Dennison has owned and produced a number of top-class national hunt horses including graded winners Yorkhill, Shaneshill, and Bellshill.

Our point-to-point is proud to have launched the career of many talented young horses who have gone on to make six figure sums at the horse-in-training sales in both Ireland and the UK. Some of the leading names include the Cheltenham festival winner Ted Veale and the Cheltenham Gold Cup runner-up Truckers Tavern.